Specialized for over 20 years in the fields of Metrology and Quality, the Mediterranean Technological Center of Metrology is a SCOP with three main activities:

Under the impetus of the PACA region, CT2M was created in 1993 as an association under the 1901 law. The site is located in the Centre des Creusets de St-Chamas. The initial objective of the structure is to create a mass calibration laboratory, accredited by COFRAC for companies in the PACA region. 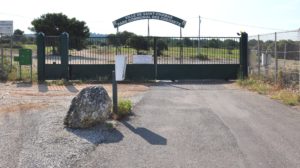 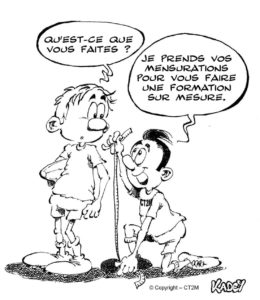 In 2005, as the demand intensified with the obligation to accredit medical biology laboratories, the CT2M recruitment and training/consultation also took off. The training courses adapted to the needs of the customers make the reputation of the CT2M and the themes expand with the specific requests of the users.
In 2009, the team consisted of 7 people, including 4 consultants. Also, training, consulting and audit activities were developing in many fields of activity such as medical biology, pharmaceuticals, nuclear, environment, agri-food, chemistry, petrochemistry, aeronautics, electronics, etc.
Normative and regulatory developments are closely monitored, allowing CT2M to be responsive to growing demands.

to organize Interlaboratory Comparison. The first one, deployed in the field of chemical disinfectants and antiseptics, is proving to be a success: 18 participating laboratories in 5 European countries.

In 2016, 10 people make up the CT2M, including 6 consultants who still travel as much in companies and laboratories throughout France. This year is a turning point as it marks a milestone in the organization of the CT2M…

The transition to SCOP

The status of association was no longer appropriate and the willingness of employees to invest individually in the company was present. The Société COopérative et Participative (SCOP) then became the most appropriate way to maintain the CT2M while preserving the team spirit and the current organisation, with decision-making left for the employees themselves.

With the support of the Regional Union of SCOPs, the association was therefore transformed into an ARL SCOP on 1 April 2016 at a joint general meeting.

Masses from 1mg to 5T continue to be calibrated under COFRAC accreditation (available at: wwww.cofrac.fr). Today, the laboratory stands out for its calibrations of special masses and 5T.

The training, consulting and audit activity covers the whole of France, including the French overseas departments and territories, and now represents 80% of CT2M's turnover. The needs of laboratories and companies are constantly at the centre of our concerns. That concern is the strength of our training organisation which offers services adapted to be the most accurate. In addition, the consultants are committed to implementing technological and normative monitoring in order to be continuously present on the market of the many sectors of activity close to them.

The organization of Interlaboratory Comparison has been growing rapidly for 5 years. New themes are being studied for the coming years.